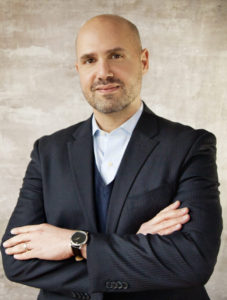 Dr. Sadik is a double board certified, Harvard trained physician who loves the art of plastic surgery. He is a master at working hard to find solutions to complex problems for each patient. Dr. Sadik is constantly updating and innovating ways of solving surgical issues. This is evidenced by his love of research, teaching, learning and skill advancement all to benefit his patient family. He considers every patient a unique individual with a unique set of problems and concerns and he tailor makes every solution for that specific patient.

Training
Dr. Sadik went to Duke University for his undergraduate studies where he double majored in Biology and French Literature.
He then completed his medical training at the prestigious Royal College of Surgeons where he graduated with honors as well as receiving the gold medal in Biology, the JJ Fitzsimons graduate gold medal for excellence in surgery, the Watts Medal Prize for best research in Ireland in 1997 and the French O’Carroll medal in genetics. He went on to rank 2nd in the country for the surgical match and completed two years at the Mater hospital with heavy rotations in vascular surgery, general surgery, urology and cardiac surgery.

He then was accepted to the University of Virginia where he underwent 5 rigorous years as a categorical general surgery resident. Upon completing this program Dr. Sadik had won multiple resident teaching awards at the university and was an honorary inductee into the Alpha Omega Alpha society.
Dr. Sadik then went on to a plastic surgery residency at Indiana University. There he underwent rigorous training in cosmetic surgery, reconstructive surgery, hand surgery and burn surgery. Upon completing this training Dr. Sadik won the Carl H McCaskey Award for his research on flap monitoring.

He then was accepted at the Harvard affiliated Massachusetts General Hospital where he completed surgical critical care training. While there he won the Partners GME Scholarship award to attend the connected Healthy Symposium in 2012. Dr. Sadik happened to be a fellow at MGH during the sad and unfortunate events of the marathon bombings. He was one part of the fantastic trauma and critical care team that took care of the injured during those tragic events. He was incredibly impressed with the surgeon and physician teams at MGH that helped the fallen that day.

Finally, Dr. Sadik went on to complete a Masters in Public Health (MPH) from Harvard University to better understand how to improve health on a national and international scale. This opened his eyes to how public policy, healthcare law and upstream care can greatly affect population health outcomes.

Research
Dr. Sadik is always studying new techniques or searching for ways to improve patient care or surgical outcomes. As a result, he has been instrumental in instigating research projects throughout his career. Starting in 1997, as a medical student, he won the Watts Medal Prize for best research project in Ireland for his work on disinfecting water using UV radiation in African children. This project also won the IMSSC Award for best research project, the Charite research travel scholarship as well as the RCSI travel bursary scholarship. He also won the Sylvester O’Hallorhan 3rd prize for research as a resident for his work on parathyroidectomies and finally the Carl H McCaskey award was given to Dr. Sadik by the ACS Indiana chapter for best oral presentation for ‘Tissue oximetery vs the gold standard in free flap monitoring’.

Dr. Sadik continues to be extremely active with research and he currently has 3 active IRB research projects with 9 projects coming down the pipeline.

If you have an interest in research, ask Dr. Sadik what he is researching now and his is likely to talk your ear off during your next visit.

Books
Dr. Sadik has written two book chapters recently: A chapter on infantile hemangiomas was written by him for the Plastic, Reconstructive and Aesthetic Surgery textbook published in 2012. He also wrote the chapter on Immunology for the Massachusetts General Hospital Review of Critical Care Medicine published in 2014.

Innovation
Dr. Sadik has continued to be heavily involved with innovation. He has 4 provisional patents on devices he has invented all of which have wound care implications. He was also instrumental in helping to set up the Cornell University BME grad student clinical rotations at his current hospital facility.

Teaching
Dr. Sadik has generously given his time to teaching students and residents. His students and residents have all appreciated these efforts as evidenced by his winning the Mulholland UVA all hospital teaching award, the Arnold P Gold Humanism and teaching award and the James Ernest Kindred House staff teaching award. The medical student graduating class of 2010 at UVA also honored Dr. Sadik by electing him to be inducted as an honorary member of the Alpha Omega Alpha society. Lastly, during his first few years in practice, Dr. Sadik was selected as the subspecialty attending of the year by the residents at his hospital facility.

Sports
Dr. Sadik played Rugby while in high school and college. His team was temporarily coached by the English national coach (Dick Best). Dr. Sadik was fast, but not big, as a result, he played the right wing position on the team. His team came in 2nd place at the under 18 international school sports tournament in 1992 (ISST). Although Dr. Sadik will tell you he is too old to play Rugby anymore, he will likely tell you a story or two about his game battles if you care to ask during your next visit.

Hobbies
Dr. Sadik loves to write and loves to paint. His favorite medium is oil painting. Although Dr. Sadik doesn’t write much anymore unless it is for research purposes he was the founder and editor of his medical school college paper ‘Shifting Dullness’. For his editor contributions he was nominated for the national Oxygen: most outstanding contribution to campus media award. His publication society also went on to win the 2002 society of the year award.

Family
Dr. Sadik was married to his lovely wife Crystal, whom he met at the University of Virginia, in 2013. They have a 2 year old son and a baby girl. Crystal Sadik is a Urologist as well, and so their lives are very busy between two toddlers and two surgical practices. Dr. Sadik, however, always makes time for his children and wife and he thinks they are a wonder. If you ask Dr. Sadik, he may show you photos of his children on your next visit.